If you follow me on Twitter or Facebook, or even here, you can’t have missed the recent release of The Sexy Librarian’s Big Book of Erotica, edited by Rose Caraway for Cleis Press. This jumbo anthology contains my story Pow! It’s Shibari Girl! and I think it’s one of the most fun stories I’ve written to date.

When I first read the Sexy Librarian’s call for submissions I was thrilled! Rose wanted fun, super-hot genre erotica – with a sprinkling of kink, bondage and role play thrown in. I knew instantly I needed a super heroine that would stand out from the crowd – so I created Shibari Girl! Unassuming college co-ed Mallory by day, rope-slinging supergirl by night, she’s an irresistible package with the potential for good-versus-evil tied up in some hot shibari scenes.

Shibari Girl! patrols the city by night with her trusty shibari ropes and ties up any villains she comes across. She fights for justice, on the side of good, dedicated to serving the citizens. But one day she’ll meet her match! When the notorious diamond thief Crabman takes a side swipe at Jimmy Jack’s Jewel Warehouse, the scene is set for the ultimate confrontation between good and bad – and there’s far more at stake for Shibari Girl! than twenty-two-and-a-half million dollars’ worth of rough diamonds…

“We had some good times, Mallory,” he says, and suddenly his mouth is on mine.

For a second I’m caught unawares by how good his kiss tastes, but then the superhero in me takes over. As I work my tongue into his mouth, I push back against him and hook one of my legs behind his knee. He goes down onto his back with a grunt, pulling me with him, but I’m sitting astride him now and I still hold the advantage.

“They were good times, Tobi, but you got greedy.”

I peel his Peachy Club T-shirt up his chest and he wriggles out of it. It’s evident he’s been putting in the hours in the gym and if circumstances were different… I lick my lips.

“I’ll split the diamonds with you, Mallory. We could get away somewhere secluded, just the two of us. Things could be like they were before.”

Am I tempted by his offer? Not until I flip him over and see the small tattoo of Shibari Girl! on the back of his shoulder. It looks fresh.

“You became Crabman to attract my attention?” I say.

“It was the only way. You usually look right through me. But now…”

He smells so good but then I remember the looks on Commissioner Thomas’ and the store manager’s faces.

“Tobi, you broke the law and you’re going down.”

I grab his arms and though he struggles I’m too quick for him. In six simple knots I have him trussed and naked in a classic Shibari tie. His wrists are bound to his ankles and a corset of rope work holds him in a fixed kneeling position. He grunts and struggles as I work on him but as my fingers run up and down his back and across his chest, the grunts turn to moans and I can’t help but notice his burgeoning erection.

“God, I’ve missed this,” he whispers.

The memories flood back: Tobi swinging in a rope cradle with my mouth on his cock or the two of us, bound hip to hip in pneumatic motion. I’m not supposed to be getting turned on but I am. My breath hitches and his cock twitches in response. I clip a D-ring into the nest of knots at the small of his back and winch him up off the floor.

“Come on, Mallory,” he moans. “For old time’s sake before you turn me in?”

I look at how the red ropes bite his tanned skin, knowing the marks will remain for days and suddenly I know I’ve got to have him. Commissioner Thomas and his denizens can wait. Tobi won’t be getting anything like this for a long time where he’s going and, for the sake of a shared past, I can lend him a couple of hours. I secure the main rope to an iron ring set in the wall and then I take half a dozen more ropes and work up a cradle around him. The result is that now Tobi is swinging gently, several feet above the floor, in an armchair position. He watches me intently as I work, but he doesn’t speak.

“Where are the diamonds?” I demand roughly, not wanting him to guess what’s coming his way.

Great news! Yesterday afternoon I was a virgin. Now I’m not!!! (And you know, don’t you, I’m not talking about sex!) In fact, the particular cherry I popped yesterday was being interviewed. The gorgeous Sexy Librarian Rose Caraway, and I spent an hour together, separated only by the Atlantic Ocean and an entire continent, having some frisky, frolicsome chatter about zombies, erotica, slapping noises, dentists and “POW! It’s Shibari Girl!” – my latest story in her new anthology from Cleis Press, The Sexy Librarian’s Big Book of Erotica.  And not only did I get interviewed, I got my very own card in Rose’s special Library of Erotica filing system! (See above.)

Want to hear what we both had to say? Head right over to The Sexy Librarian Podcast to hear it in full.

And I’ll be bringing you an excerpt from “POW! It’s Shibari Girl!” very soon!

I really can’t tell you how stoked I was to get a DM a few days ago from Rose Caraway, the Sexy Librarian herself! In her private twitter message, she told me that she was going to feature my story, ‘I Hate Sex’, which appears in Violet Blue’s Best Women’s Erotica 2014, on the Kiss Me Quick’s Erotica Podcast today. I’m so thrilled by this. It’s read by the wonderful Lucy Malone who has narrated the  Best Women’s Erotica 2014 audiobook – I’ve just listened to it and I have to say she’s done a really brilliant job.

You want to hear it for yourself? Head over to The Sexy Librarian’s Podcast or click on the link below.

And because I’m so delighted by this, I’m just going to indulge myself in a little fangirl moment or two! Writing is, as you probably all know, a solitary occupation. I spend long hours grinding out the words on the laptop or scratching them onto the pages of my notebook in the hope that some day, somewhere along the line, a few people will read or hear my words and get something out of them.
However, the getting the words to the people part of the endeavor is anything but solitary. In this case, three amazing people helped to put I Hate Sex on the page and into your ears, so to show my appreciation to them, I want to give them each a little shout out here. If you don’t know about them or the rest of their work, follow some of the links and get acquainted!
Violet Blue is the editor of Best Women’s Erotica 2014 – so a massive thank you to her for picking the story out of her slush pile in the first place. But Violet does so much more than simply edit erotica (and actually, there’s nothing simple about that!) I can’t begin to cover everything she does here, but here’s how she’s been variously described: 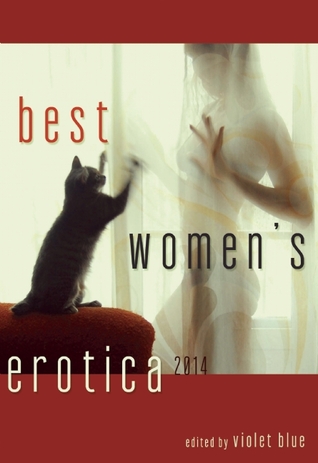 ‘…one of the 40 bloggers who really count.’ The Times
‘One of the leading figures in tech writing in the world.’ The Guardian
‘Violet Blue is omnipresent on the web.’ Forbes
‘America’s leading (very) public intellectual sexologist.’ The Institute for Ethics and Emerging Technologies
You can find her at her blog Violet Blue :: Open Source Sex, on Facebook and Twitter.

Rose Caraway is the Sexy Librarian! Not only does she write, edit and narrate erotica, she creates and narrates the wildly popular Kiss Me Quick’s Erotica Podcast and the Sexy Librarian Blogcast. Rose’s dulcet tones have recruited an ever-growing army of fans – the Lurid Listeners, who are as devoted at they are loyal – and she’s recently celebrated a Number 1 bestselling erotica audio book with her narration of Rachel Kramer Bussel’s Big Book of Orgasms. In September, Rose sees the release of her first erotica anthology for Cleis Press, The Sexy Librarian’s Big Book of Erotica. I’m probably as excited about this as she is, because I have a story in the antho – and I know Rose is planning all sorts of fun for an explosive launch!
You can find her at The Kiss Me Quick’s Erotica Podcast, The Sexy Librarian’s Blog, Facebook and Twitter.
Lucy Malone is, for me, a new acquaintance. Lucy has narrated more than 50 erotica audio books, including Violet Blue’s Best Women’s Erotica 2014 from which ‘I Hate Sex’ is taken. I loved hearing her narrate my words and I’m looking forward to listening to a lot more of her work. She blogs at From Lucy’s Lips and you can find her audio books here. And of course, she’s on Facebook and Twitter.
So go check them out!
Tamsin
xxx

Nothing gives me more pleasure than seeing a new book pop up on my Amazon author page – so, yeah, take a look at this little beauty courtesy of Rose Caraway and Cleis Press…

I’m so hoping the book is actually going to be that big when it comes out!

I have a story in it called Pow! It’s Shibari Girl!, which is a lot of fun. And there are stories by lots of other amazing writers, including Rachel Kramer Bussel, Salome Wilde and, of course, Rose herself.

It’s not coming out until November, but you can pre-order it:

This site contains adult material so if you are under 18, please move on - there's nothing for you here!